Screaming for help from hubby this morning. I was just cleaning my glasses but with my shaking arm I wobbled and dropped them onto the kitchen floor. I picked them up, but a lens had come out. I tried to find it but having one focused and one unfocused eye didn’t help. Started shouting, but hubby was upstairs and is deaf. I looked all around, the eye with the missing lens closed so I was just looking out of the lens still in my glasses. I moved the fridge back a couple of inches very gingerly and moved the bin, no sign. I shouted some more and went upstairs and woke my hubby. Help! Please help! He came down and straight away found it! Half way down the kitchen under the overhanging base of the sink (how did it get there? Must have skittered across the floor). The lens wouldn’t fit in very well. So.. Tape? I found masking tape, and parcel tape, then a very broad roll of sellotape. I managed to cut a thin strip. The lens is just about in place. I’m going to get the opticians to fix it later…. So of course I decided to illustrate the glasses!

After watering these for a few weeks they are blooming. Christmas Cactii that I have on the kitchen windowledge. They don’t all flower at the same time. There has been a progression that started with a dark pink one before Christmas, then a pale white/pink coming up to new year and now these two. I’m not sure whether the light levels affect the flowering. I know I have one that won’t flower till sometime around Easter (if it’s an early Easter). I realise some people don’t like plants in the house, but to me it’s more about adding greenery to your life. The Cactii cheer me up. X

Fully open amaryllis flowers. They cheer the kitchen up. I don’t think they will last much longer but they are beautiful at the moment. There is a pink blush on the edges of the petals and a green tint in the centre of the flower and running up the middle of the petals.

Christmas cactus flowering in the kitchen. These are a beautiful pale pink. I have some other ones that are red and dark pink.

How do they know when to flower? They always seem to come out around this time of year. As soon as the buds start to grow I start watering them and they soon grow and burst into flower. They are a lovely sight in the middle of winter.

I wanted to take a cute photo of my cat sitting in a box on the kitchen counter but he will keep jumping out when he sees me! (he wants a love). So this was the best I could get. A couple of months or so ago he was having treatment after being lost for eight days. He finally came home with tarry oil on his coat and an ulcer in his eye and damage to his mouth. That’s why his tail looks a funny shape, I had to cut off some fur because it was so matted and the substance on it would have continued to poison him.

Now he’s perky, his fur is growing back, he’s leaping up on the kitchen counter again and playing with his toys. He’s happy and so I’m happy too. X

I came home from panto rehearsal (I was just watching) and there was a loud beeping coming from the house. I got in and hubby shouted over the noise. He said it had just started and he couldn’t find where it was coming from. We narrowed it down to near the gas boiler. He had already turned off the boiler, also unplugged the fridge freezer below it, unplugged everything in the kitchen and switched off the central heating.

He had also taken the battery out of the smoke alarm and carbon monoxide alarm. He was at a loss of where the noise was coming from.

What to do? Half an hour if searching. We thought there might be a smoke alarm fallen behind the fridge freezer, hubby pulled it away from the wall. Nothing, except dust. So we rang the emergency gas engineer.

He arrived after an hour. The sound was so loud. He checked everywhere. He said it sounded low down from the fridge? He moved it.. The noise stopped!

Modern fridge freezers are fitted with alarms! Who knew? They can go off for all sorts of reasons. Not enough ventilation, unbalanced, damaged door seals, freezers needing defrosting. I think we need a new fridge freezer. It’s too warm in the fridge and too cold in the freezer.

Never rains but it pours!

Press the button? Or not!

Hubby was being keen about helping with the house as I’m not feeling very well. This discussion happened when I asked him to put the washing machine on spin….

Set the dial to Spin and drain, number 15.

He did it fine.

Now press the on button.

I was watching from the living room and saw and heard the musical notes it plays when it’s switched on. Now press the start button….. Musical notes indicating he’d switched the washing machine off..

No, press the on switch again, then press the start button, it’s on this side of the dial…

He switched it on again, then pressed the little screen that shows you what program the machine is on… So I shouted, not that one, the button..

He switched the machine off again! No don’t do that! By then I was getting frustrated, but after forty years together he should be able to switch a Washing machine on.

Leave it switched on then press the button on this side of the dial!

Exasperated, I watched as he switched it on and went to move the dial…. This side I called… He went to press another button that allows you to change spin speeds or the temperature. NO! NOT THAT ONE! I really shouted this time. The one on this side of the dial BELOW the one you are pressing…. 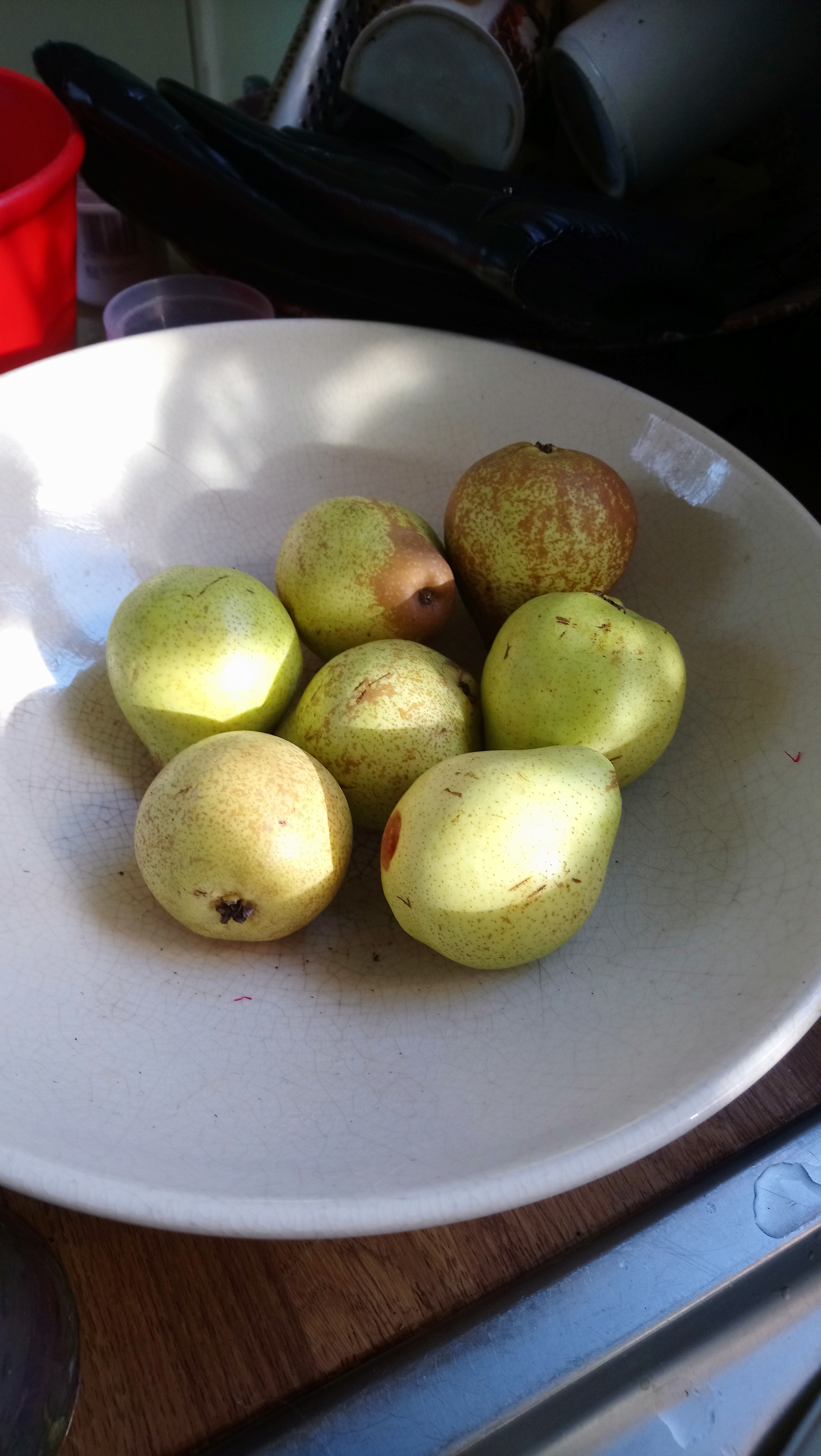 I could crop this photo to tidy it up…but the bits of blue sky reflected off the sink and the red bowl, top left, seem to add interest. I have windows on both sides of the kitchen, dual aspect I think they call it? So I get lots of light in the kitchen on sunny days as the sun climbs higher in the sky.

Spring is coming, I can feel the warmth in the sunshine. The trees are about to come into leaf, buds of blossom will be bursting, pink and white clouds. I will have to get out and prune things like our buddliea bushes. They are thugs! And the pears? They remind me we should get our crop from our pear tree later in the year….

It’s 5.50am and I couldn’t sleep so I drew my cutlery basket and surroundings.. Then I realised the ink from the calligraphy pen isn’t waterproof so did a water wash over it…
#bandofsketchers drawing prompt was basket.

Old lemons in a cracked and crazed bowl, observational drawing, it’s 1.35am on a Thursday morning, what else would I be doing? Next I’m going to watch the joy of painting with Bob Ross…. What a strange life I’m living!