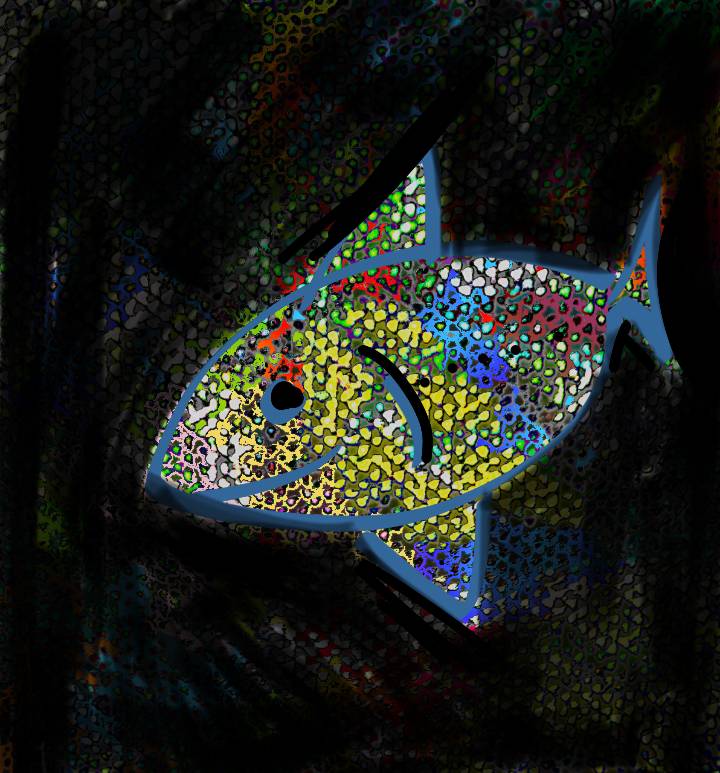 I’m in a group called Etruria Artists that was meeting on a Thursday, but we can’t at the moment. I’m hoping we can do something to keep it going.. Maybe we could draw or paint something, weekly or daily. Spend a couple of hours on a Thursday? I was thinking the art could be bright and colourful. Each of the members would suggest something and then make a list. Post on Facebook so the other artists can see it
My first suggestion is fish….which is why there is a picture of one here.
Could be illustration, fantasy, pattern….. X

We use a warehouse (old, small, with hardly any facilities) next to the Trent and Mersey canal for our art group. Most weeks we do art, pottery, painting, drawing etc. Thus week we had to clear out the kitcgen/store so that it can be demolished and rebuilt as a kitchen and a disabled toilet next to it. So we had to clear a lot of stuff out, including a lot of clay. This is only half of the stuff. It was quite heavy to move. I was going to take it away in my car but compromised on storing it in the building. It’s pleasing to be able to do something physical for a change. 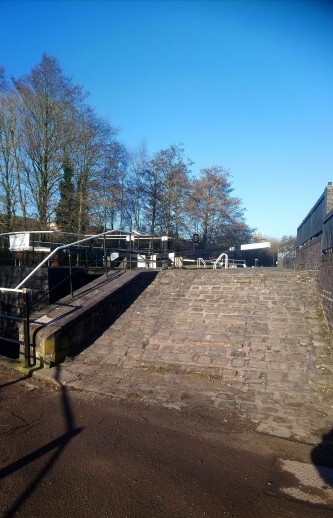 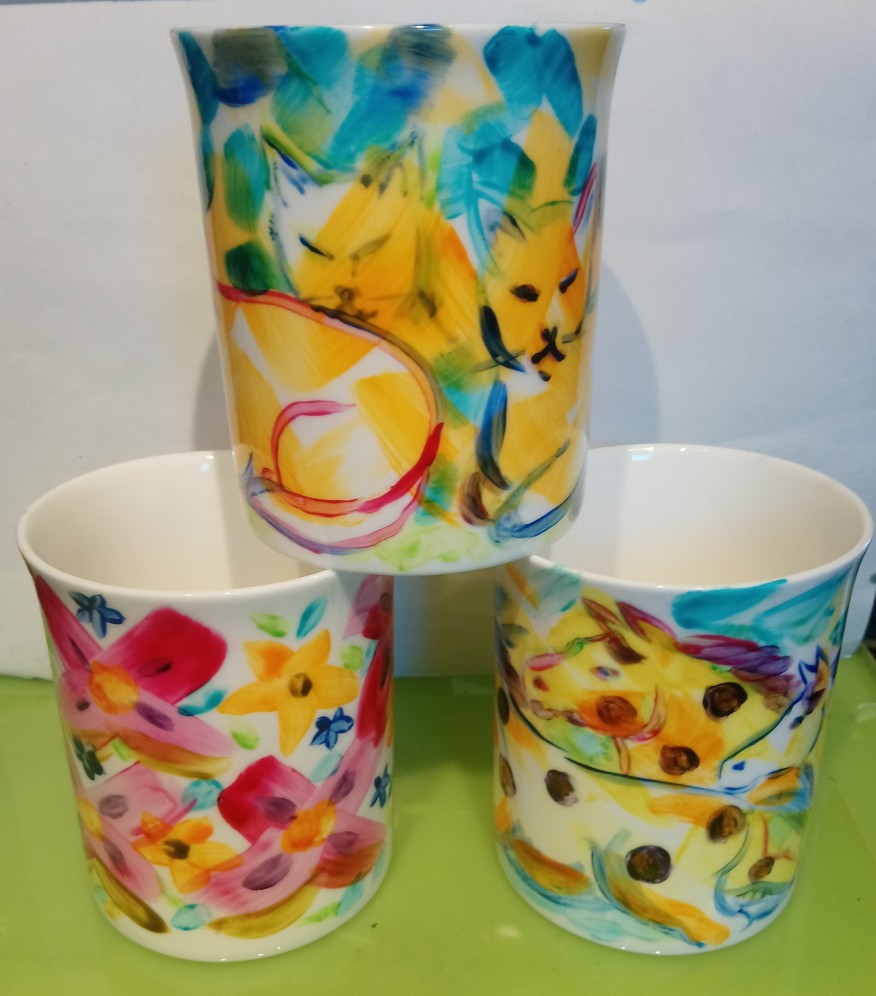 At Etruria Artists today we painted mugs, they were blank white mugs and we used on glaze paints that stay the same colour when they are heated. The most exciting thing is that they can be heated in an ordinary domestic oven. They have to be dried for twenty four hours, then heated at 150°C or gas mark 2 for 35 minutes to bake the colours in.

The outside photo is lock 40 on the Trent and Mersey canal. It was a beautiful morning, bright and sunny. I really do prefer coming to Etruria Artists ‘hands on Art’ at the Warehouse next to the lock in the morning rather than the evening. It is on from 10am to 12 noon if anyone wants to come along. 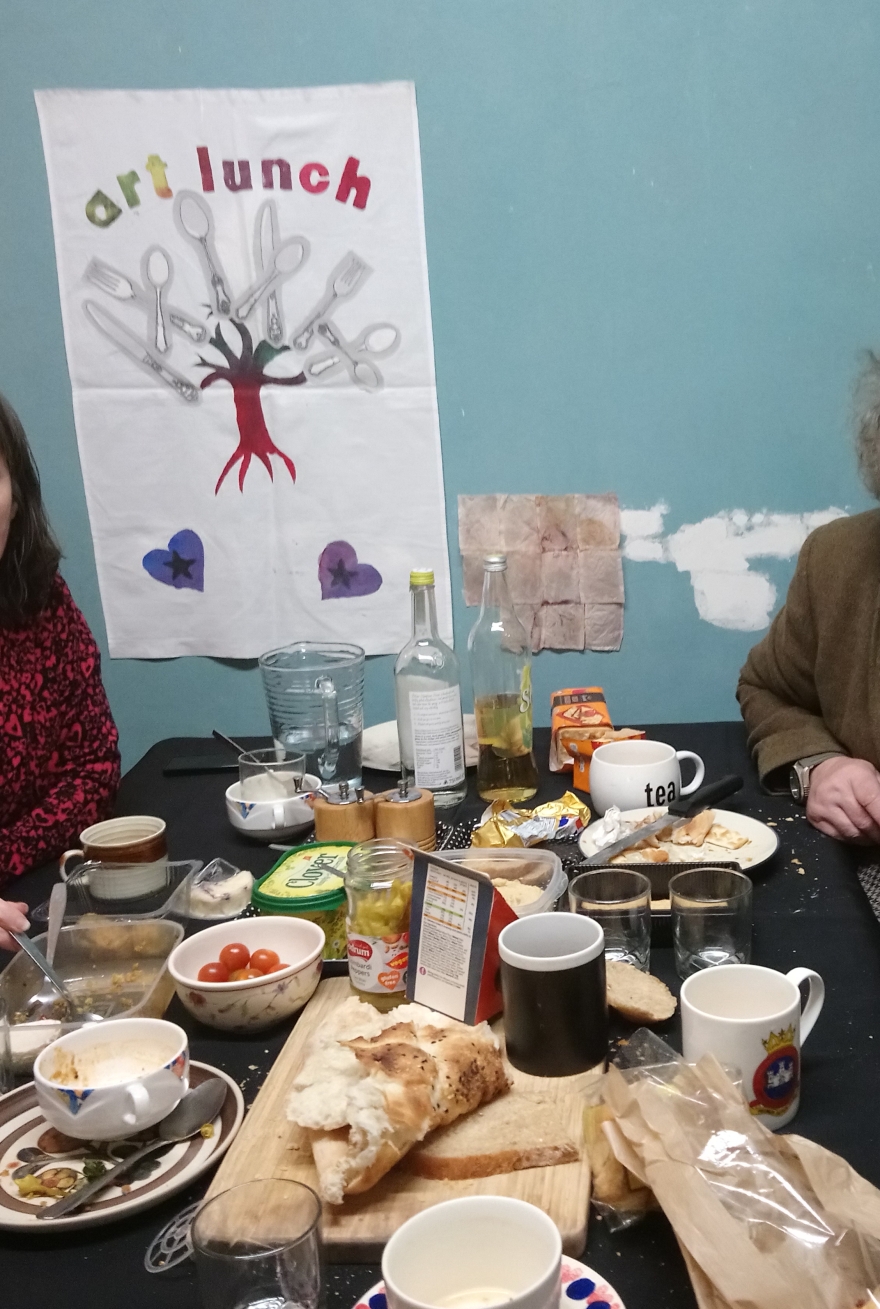 My friend runs something called art lunch, which is basically an excuse for artists and creative to get together and meet up over lunch or tea. She provides the venue and some of the food and drink, but we all bring a little contribution to the lunch. It’s a good place to network and catch up. You find out about things you may never have heard of without going to it. If She’s held them in various venues in Stoke-on-Trent and I’m thinking of offering our garden as a venue in the summer.

There were plenty of artists there and I think everyone had an enjoyable time. 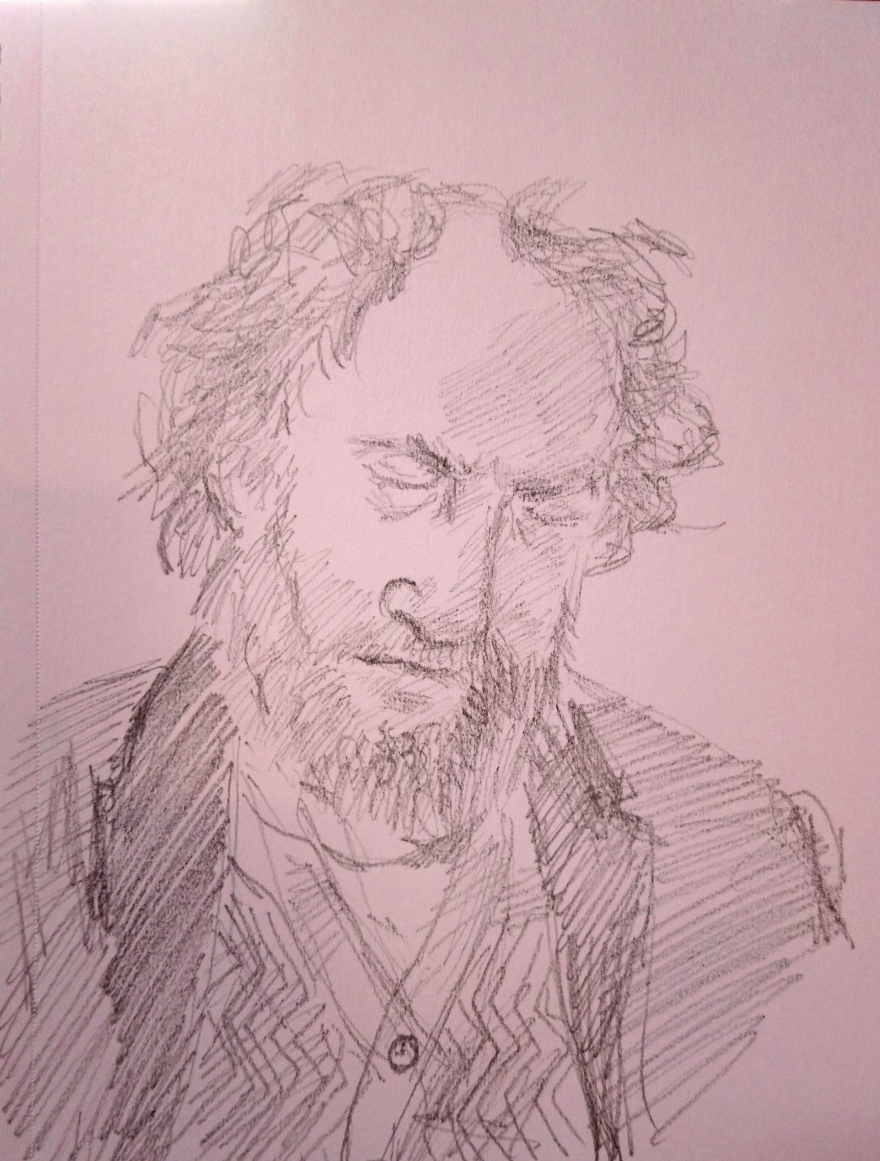 My first drawing of 2020 on 2.1.2020. It’s red because we were at Etruria Artists in the warehouse by the canal. It was so cold we had the electric heaters on in the roof that glow cherry red. For those who know the person, I’ve got his nose too long. This is because he was moving.

The Etruria Artists are now meeting on a Thursday morning from 10am to 12noon unless we change it. Hopefully this will encourage more people to come along. 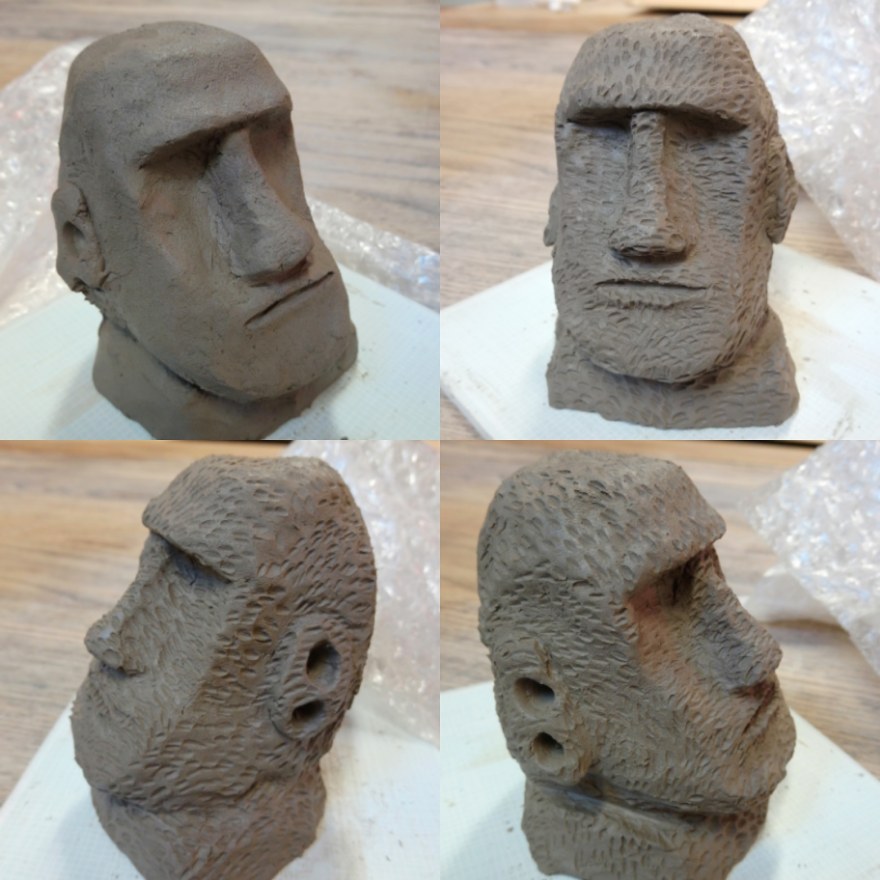 Finished off my take on an Easter island head this week by hollowing it out and adding texture to the surface. It now needs to dry out so it can be fired. If the clay is wet the water in it will expand and may cause the pottery to blow up. It may not be an accurate representation of these wonderful statues, but I hope it is not disrespectful to model it?

We have started to meet on Thursday mornings at Etruria rather than in the evenings, this means we are there at the warehouse on the Trent and Mersey canal by summit lock 40. From 10am to 12 noon.

* note, we are meeting on an ad hoc basis at the moment dependant on the weather. 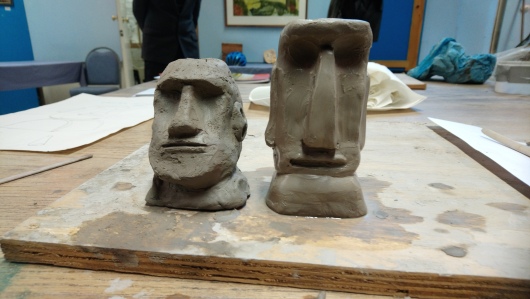 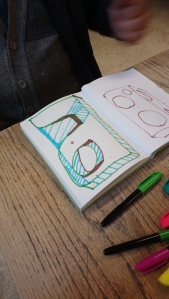 Four of us visited the Warehouse at Etruria today, its by the summit lock 40 on the Trent and Mersey canal, near Etruria Industrial museum, Stoke-on-Trent.

The subject was Easter Island heads, and I decided to try and work out how to slab build it, which is why I did a drawing of it first. Then because we decided to do smaller statues we decided to carve the clay instead. The results are shown in the middle pictures. Finally I talked to my friend Robert, who is a Potter and leader of the group. He explained that we should have glued bits on with slip if we wanted the pieces firing.

The final photo is one of my hubby’s drawings in response to the ideas. I liked what he was doing and took a photo. He explained he was working on ideas from Barbara Hepworth.