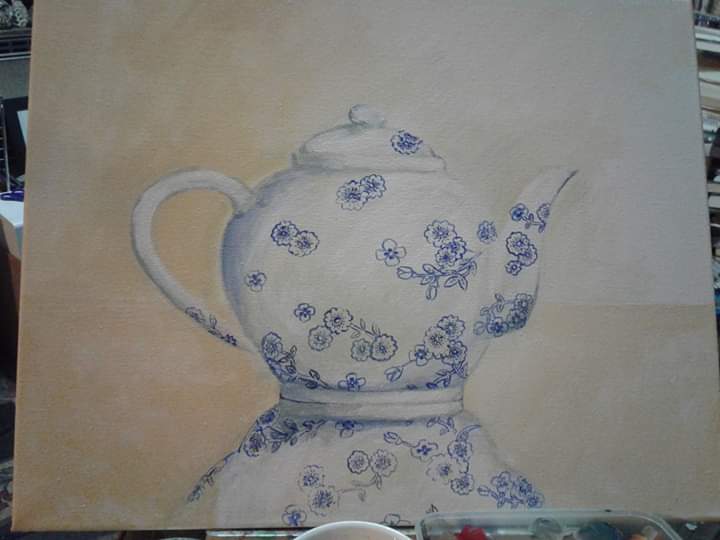 Sorry to reminisce again, but this time last year I was in the process of aintingvthis teapot. The pattern eventually covered the pot. It’s based on the burleigh pattern that they use at middleport pottery.

Middleport, by the way, is where they film the Great Pottery Throw down which has just started on TV again. Its very creative and interesting, maybe I can get some ideas for some new paintings from there? I’m thinking based on the various colours of their glazes. There were some really beautiful results in the first episode. Must ty and hat out of this slump. 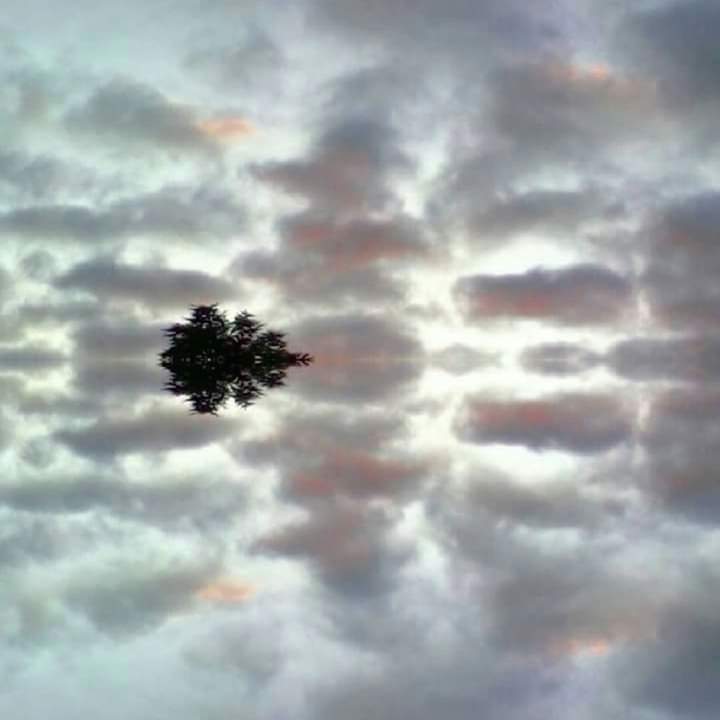 Memories play tricks, but I’m sure there were moments in my life when I was happier, or fitter, or could remember more facts. Or even remember the name of the hole in the top of a car that let’s sunlight in…. Roof window? Sky light? OK I know, it’s sun roof….

Some years ago I think I was content. Can’t remember the exact date, but we went on holiday a couple of times and I was fit enough to go cycling…. But the world turns, and I keep getting older. The things you get used to change, not necessarily in the way you want.

I don’t suppose anything can stay perfect, or you can stay content forever, it would just be nice for it to stay that way for a bit longer.

Posted on November 11, 2019 Posted in UncategorizedTagged Aches and pains, Annoyed with myself, Bruised and battered, Fall, Ouch, Thoughts, TiredLeave a comment

If early to bed, early to rise, makes a man healthy, wealthy and wise. What does late to bed, late to rise make? A woman unhealthy, poor and stupid?

Last night it was 3am before I struggled up to bed. I had contemplated sleeping on the settee but was worried I wouldn’t be able to get back up from it as its quite low down.

I got up really late, still hurting. Everything aches today. I’ve had to cancel doing a couple of things, I’m fed up, annoyed with myself. I’m using my mother in laws walking stick to get around. Im like an Igor, hunched over, hobbling a bit. But I honestly think I’m a bit better today, it’s just finding a comfortable way to sit. I want to be able to use the car but I think twisting to get in might be difficult. Luckily my sister did some shopping while she was here yesterday.

Note to self. Don’t let my hubby leave things in the middle of the floor! 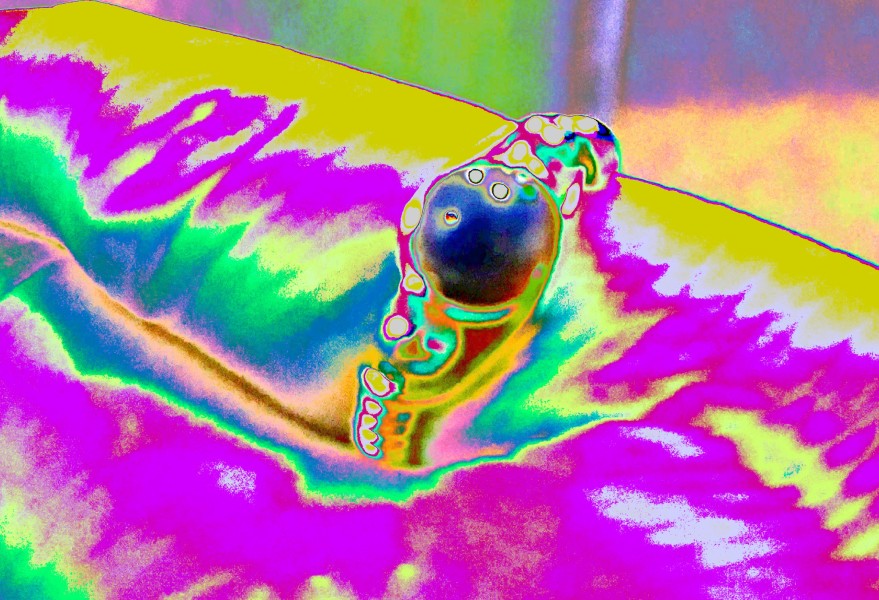 Could this ring read my mood? I’d bought it a year ago, but never wore it. I was always worried the stone, small and dark blue, would get damaged. The stone was meant to tell your mood, but I’d always been calm and had never tested its ‘powers’.

That had changed today, a series of mishaps and then an incident had really upset me.

First a flat tyre, so I had to catch the bus. Then a reprimand for being late, despite my explanation. Finally I was mugged on my way home! Two youths had jumped out at me and grabbed my bag while I was waiting for the bus home.

So why the mood ring? I had got home and realised it had been broken into. All my jewellery had gone, except the cheap mood ring, obviously worthless to the muggers. No, not worth the five ounds I’d paid for it… But anyway I put it on. It only fit my little finger.

It felt warm, it started to glow, red then white. How was it doing this? I wrenched at it but my finger had swollen and it would not come loose. As I struggled I heard voices downstairs! The youths who had mugged me. They must have burgled the house. I felt my throat tighten, and a voice, not mine, shouted loudly ‘stay where you are!’

I flew down the stairs, into the living room where the youths were standing frozen. I pointed at them and the voice, my voice. Told them to stay put. The words seemed to still them. Then I called the police.

I don’t know where I got the courage and strength from. I think the mood ring had boosted my mood and confidence. When the police arrived the youths meekly left with them!

Three quarters or so full of vim and vigour?

Fighting for 77% of recognition,

So much to say and do,

Give me twenty three percent more!

I don’t think of myself as a writer. I love words, but mostly I’m more of a reader, and then as a dabbler at writing. I don’t really plot things, they generally fall out of my head and onto the paper or my mobile screen. I guess it’s just the way I am. I love being creative and since I finished work I’ve started to branch out. I feel like a little dabchick or duck. I paddle  away, my feet just gently moving the water of words around, breaking the surface tension but not going deep. And what for? I’ve been told my grammar is not as good as it could be. I don’t do this for likes and views, it’s all quite low key. I don’t expect to ever write a novel. I did once try and write a children’s book, so long ago it’s still stored on a floppy disk!

As long as I don’t bore you too much.

We don’t see ourselves as others see us. Mother, father, sister, brother, everybody has an opinion of you, but no one can know what’s in your heart.

Imagine a world of telepathy where everyone can read your mind at will. They can see your triumphs and tragedies from your perspective. But most people’s minds probably don’t have clear concise thoughts. If their mind is anything like mine it can be full of confidence at one minute and then dispair the next. You don’t get a blueprint when you are born of how to think. We all need to cut each other a little slack sometimes.