In the sky I see stars, not many, the major constellations, ursa major, ursa minor, casseopea. Its hard to make out because the clouds are flitting by. And despite lockdown, the street lights still deaden them.

I’ve only ever felt the greatness and infinity of space when we were out in the countryside. Seeing the milky way galaxy made me feel so tiny. Like I could fall off the surface of the earth, into a whirlpool of stars. Seeing that band of stardust overhead can be overwhelming.

Dark skies, where the town and city light does not reflect back. Where you can lie down on the ground and see shooting stars flying overhead. I may have seen satellites or the ISS but I wouldn’t be sure. We have seen comets…

The sky is there to observe. Look if you can, and learn.

Another one of my digital drawings on sketchfu. Probably drawn in 2013 before the site closed down. A lot of this is done by using opacity and transparency. There were about seven sizes of pens on the website and a large colour palette and a colour picker and erasers that I think had a varied transparency.

When you do something like this you have to build up from a basic background, layering details, adding more and smaller detail as I go along.

Observation is important. I can excuse slight mistakes, but I try and be as accurate as possible.

I’m interested in astronomy so being able to draw from beautiful images is a real pleasure. I think this either came from a stock image, or somewhere like NASA or ESA, but it’s so long ago… 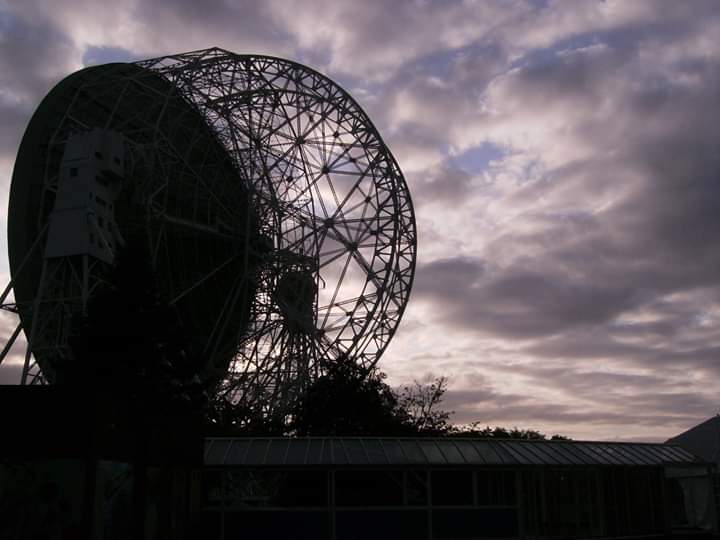 I must go back and visit Jodrell bank again. Maybe its somewhere to get Stoke urban sketchers to go to. I know it’s in the Cheshire countryside but it’s not too far away at Holmes Chapel. It’s certainly a challenging draw. I know I had a go ages ago. If my hubby was here he would be explaining how parts of it are off a battleship or something, I don’t remember…. So anyway yes it’s a fascinating place to visit, although I think it’s half term next week so it might be very busy.

I’ve been making patterns again, this time using a close up of sequins on my jumper… Very random I know.

The stiches  on the jumper also add texture to the photo. I think the stars look like little dancing people holding hands.

I love stars and astronomy. I’m interested in things like the magnitude of stars, seeing comets, planets and asteroids. I read web pages like spaceweather.com which gives you information about CMEs (coronal mass ejections) from the Sun, which is caused by the sun’s magnetic lines of force getting tangled up and hurling out plasma from the sun’s surface.

If the weather is clear I will look out for meteor showers like the orionids or geminids (Based on the constellations they appear to emanate from).

I wish I lived in the southern hemisphere. I have heard of the magellanic clouds (small neighbouring satellite galaxies) which are below the plain of the ecliptic, which is the flat plain of our galaxy. Anything below that can only be seen from the south.

I had a couple of little telescopes and once saw a tiny image of saturn and its rings and the galilean satellites of Jupiter – four moons that orbit Jupiter. There are more but are too small to see in a backyard telescope.

I’m no expert but I do like to learn. I’m sure there are lots of websites where you can find more information. Funny how I can ramble on after describing my jumper!

I want to be in my bed

Getting some shut eye

Sleeping under the duvet….

Warm, snuggled, wrapped in feather down

Hidden in the dark,

Eyes closed but seeing the stars.

Dreaming of galaxies and sun’s,

Then shrink down, back to the room,

No, this is a blurry picture of Venus, the Moon and Jupiter. Somewhere nearby was also Mars.

This was the view looking East from our house about 6am this morning.

You can’t see it but the sky was crystal clear and the planets and moon were twinkling behind the tree branches. My camera phone is good in low light levels but it has over exposed this. Add my hand shaking and it is not very clear. However it might make for an interesting painting.

There are various astronomy sites where you can find information about conjunctions of planets. I like the sky at night on the BBC. Also I have spaceweather.com on my mobile so I can see things like comets, auroras and near earth asteroids.

Our little solar system is tiny compared with the Galaxy and then the universe, but its quite an interesting place even so. 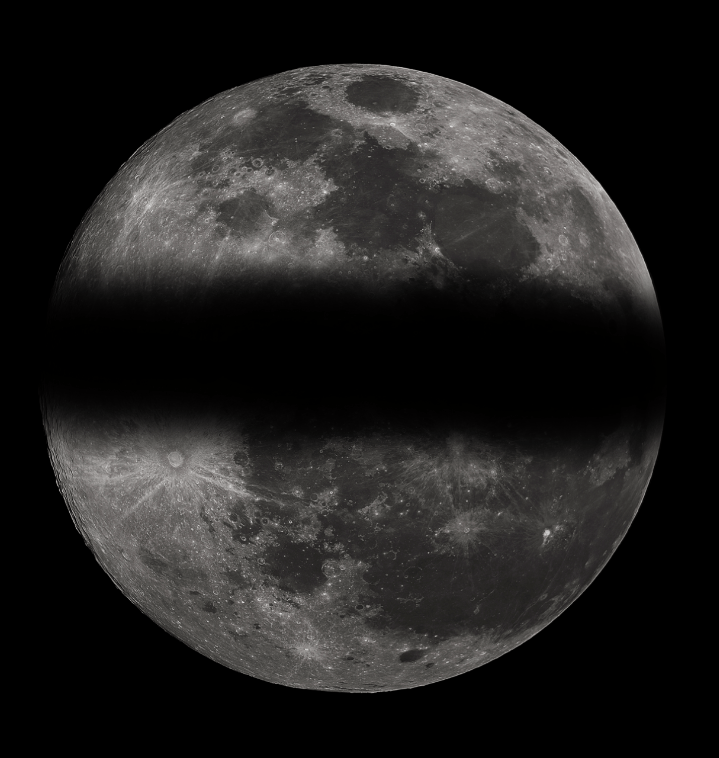 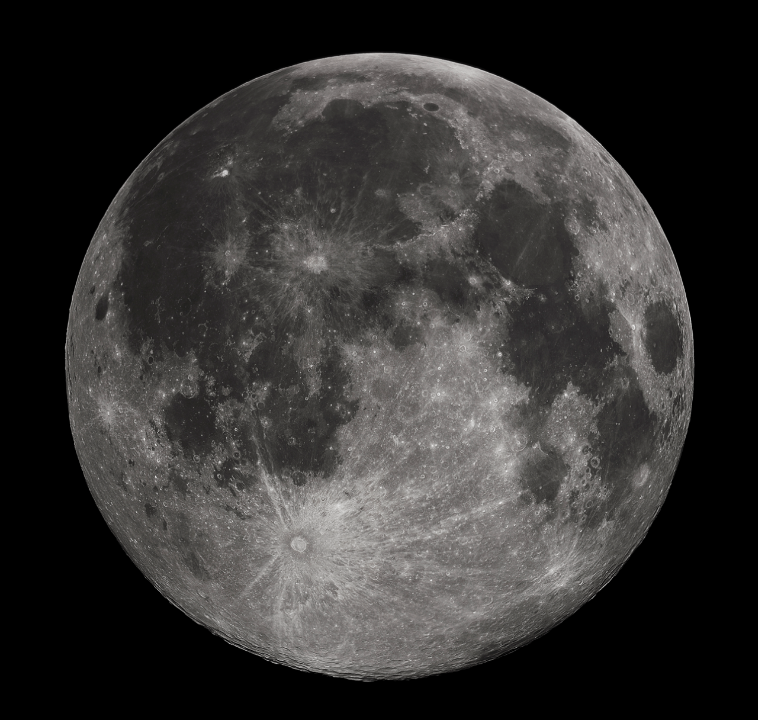 Tonight there is a full lunar eclipse which is when the Earth comes between the Sun and the Moon and the earth casts its shadow on the moon.

As it progresses first there is shadow on one side of the moon. Gradually. Like a solar eclipse the curve of the Earth cuts into the Moon. As it progresses the white light from the sun is cut out by Earth’s shadow until only red light passes through Earth’s atmosphere and the Moon turns orangey red. Then the Moon starts to pull out of the shadow and gradually returns to normal

Tonight the moon is at its closest approach to earth so it is known as a super moon.

As a matter of interest I decided to try and draw what a flat earth would look like…. It would cast a flat shadow.. When it was fully eclipsed the moon would appear to be cut in half. Possibly by a red line? Other effects of a flat earth would be daylight all over the upper side then darkness all over the upper side as we tumbled through space. Also what is on the underside and is there a Trumpesque wall round the edge to keep the water in? I recently read an article about gravity. On a flat earth the people on the edge would be lying down as the gravity would be pulling everyone towards the centre of the disc……

The astronomy bug has truly bit, and painting pictures like this get my mind working. As I paint I feel happy and enthralled  It is like a drug to me. I get my fix out of painting. I can’t describe how I feel. Is it that thing called “flow”? The world goes on and I lose track of time.

Something pushes me to try harder to create or copy an image. The challenge of seeing it and trying to relay it on the canvas or computer. Some people can create photorealism. I’m not that good.. But I try.

White and yellow daisy type flowers remind me of sunshine. The dark leaves could be space and the greenery earth. Strange how a picture of petals and leaves make me think if the universe.

We need light to live. Heat from the sun warms us enough to keep the planet temperate. Light allows plants to photosynthise and create Oxygen. Without sunlight we would just be a lump of rock and frozen gasses in the infinity of space.

But it goes further than that…. the first chemical that was present after the big bang, was Hydrogen. Atoms of hydrogen were pulled together by gravity to form stars. Stars are nuclear reactors, the more hydrogen they gather from surrounding clouds of gas, the heavier they get. Eventually nuclear fusion begins and the stars light up. Hydrogen atoms join together and create Helium….

After a while (a few billion years) the stars will have converted most of their Hydrogen to Helium, and further pressure changes that to heavier atoms, from Carbon, upwards in increasing atomic weight. Eventually the star is a cinder of Iron.

But once a star is mainly burning Iron atoms, it needs to use more energy to turn the Iron into heavier elements than the Iron can provide. The energy from it also helps keep the layers of material in the star supported, or expanded. The pressure of radiation and photons of light hold the layers of star plasma up.

Then the star uses up all its fuel . If it is small nothing much may happen and it just burns out. But if it is large enough the pressure from radiation and light is not enough to hold up against the force of gravity which is trying to make it collapse.

The inward pull of gravity can make all the atoms collapse inwards, making a neutron star. A tiny ball of it will weigh a massive amount.

But if the old star is heavy enough it continues to collapse, then the energy created by the collapse can cause the stars outer layers to explode outwards. This may be a Nova, or Supernova. Supernovae create a flash of light that can be as bright  as a whole galaxy.

If the star was even bigger it can collapse completely and create a black hole. In that case the gravity of the black hole will not allow matter or light that comes close to it to escape. There is a complete absence of light.

Funny what thinking about daisies can do to you.

Apologies to the physicists, chemists and biologists out there for my rambling explanation. I’m short on facts and figures but I do like to think about these things.