Oh its a bit cold today. There is sleet falling and its very grey overhead. I’m sitting shivering a bit, I have to pay my fuel bills soon and I’m trying to minimise how much I use. So the heating is on a timer and I’m wearing a cardigan to keep warm. The temperature inside is about 17°C (outside its about 5°C). But it’s been another mild winter. It’s only been frosty a few times and we’ve had no lying snow. I’ve got things to do so I can leave the heating off till later. When I was younger I wasn’t bothered by the cold. I lived in house with no central heating, and we just had single glazing. So I’m a lot better off than I used to be.

I do think about the majority of the people on the planet who are not as lucky as me. It’s a sad situation where a few billionaires can have as much money as half the earth’s population. In the meantime my hubby just turned a light on, but left one on in the kitchen…. Bah humbug! 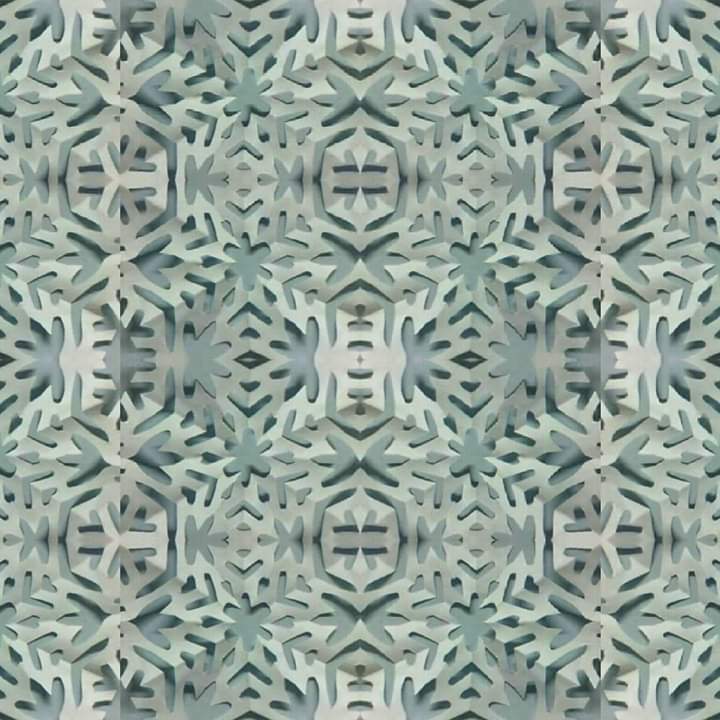 Do you ever fold paper into six and cut it up to make paper snowflakes? Thats what I did a couple of years ago. Then I duplicated it with my layout app. I did various iterations, this is one is favourite. I’m concentrating on old art work because I haven’t got the energy to draw or paint tonight. I will try and do more things in the next few days again. I also want to try and write some more poetry, but I feel jumbled up in my head…..