St Giles Church Tower, the oldest part of the church.

Saxon Stone, discovered at an excavation site at Blackfriars Abbey. It preceded St Giles. The Abbey was on the site of the church apparently.

Part of the ancient stones from archaeological digs are laid out on the ground next to one side of the tower, round the back of the church. 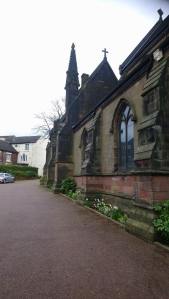 Walking back towards Newcastle-under-Lyme Town center after our visit to the church (I didn’t take any photos inside as it was open for prayers for the death of Prince Philip).

Pump in the church yard. This was implicated in an outbreak of cholera. The bodies in the churchyard were very shallow lying, only nine inches deep in places, and and fluids carrying cholera leeched into the ground water.

In the corner by the porch of a church. I wondered why? The colours caught my eye as we walked past yesterday.

Perhaps it was a child leaving it to remember a lost pet? Or just a painted stone left to brighten a dark corner.

It made me think of ancient and modern. How long will the stone remain unblemished, unfaded. Is it varnished? The paint will flake as the cold invades it. Moisture then ice will affect it. But at least it will remain for a while….

The Crystal Skull, with creeping electrical charges, shining on a granite plynth…….

She stood in the ancient barrow, staring at the image, shocked that something like this could be in such an ancient place. They has walked in through the back entrance, which was closest to the road. On the way back to the caravan site. They liked visiting ancient monuments, standing stones and triliths, so this had been a must see. They had torches so it was easy to crouch down under the stones and worm their way in. They expected to enter a hollow chamber, with a flat stone seat or altar- but not this? Not something out of myth and time.

The crystal gleamed strongly in the torch light, and yet it seemed flattened somehow? Then the voice spoke, in a Birmingham accent ‘you’re safe here!’ ‘it’s a hologram! Part of the theme for Halloween, if you’d come in the front you would have seen the banners’.

Sure enough as they left the tomb they could see signs ‘Grand opening’ ‘special event’. ‘Yes we haven’t got the money to do archaeology properly any more. It’s the cuts in grants, that’s the way things are these days’, he said quietly. ‘That’s the real horror’. 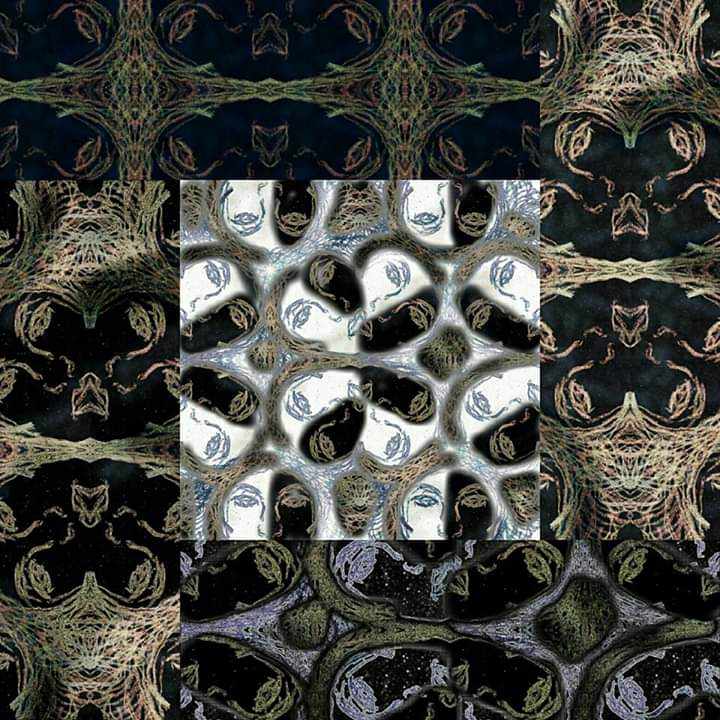 The ancients, they look on through time. They see the world now and remember what it was like then. They are in the gargoyles, in statues, in faces in stone. They are hidden where they could find space. They may be thousands of years old but they do not last forever. As age wears them the ancient spirit wears away too. Look at that old stone head on the corner of the wall. It’s spirit is washing away with every bit of grit the rain wears away. See that old stone face on the plinth? Hands rub its bald head and gradually it dwindles.

Ancient memories dwindle too. Now there are moments of sunshine seen six hundred years ago which will not last much longer. There a remembrance of a lost husband or wife that was once strong but now veiled. Ancients seeing the world now are amazed at the destruction and damage. Trees that they have lived with cur down in an instant. Buildings they became part of ripped apart and turned to rubble.

Now the ancients share with younger spirits. To be a homeless ancient is to gradually disperse into the air and blow away on the wind. Long forgotten, never to be seen again.