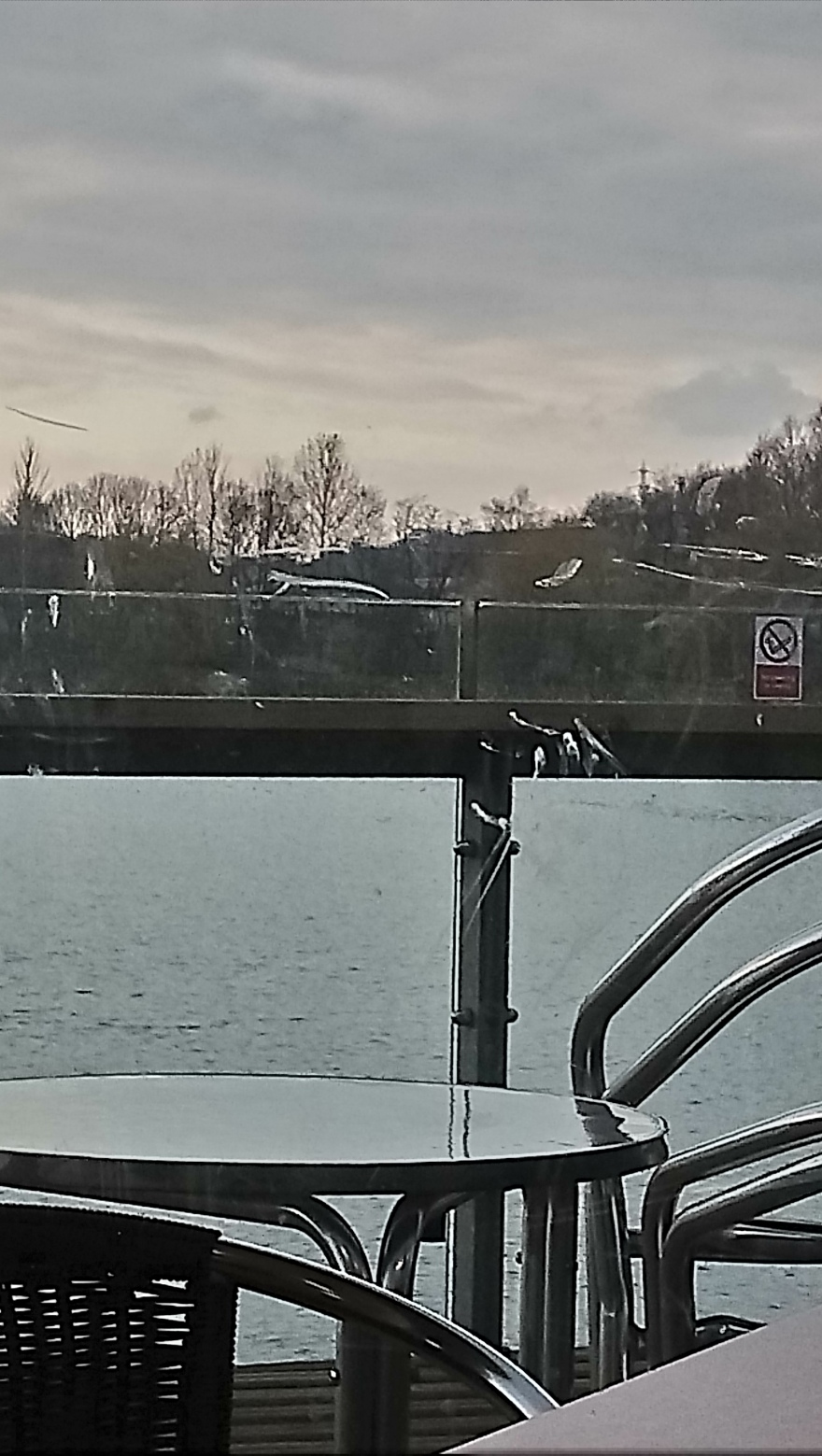 Late visit to the lake for coffee and oatcakes. Then took half a bag of Swan, duck and goose food for a short stroll round the small lake. We were mobbed by  Canada geese who got a bit aggressive, and one bold Swan who stepped onto the bank in front of me. I threw a handful of food onto the ground and it pecked at it before the other birds got a chance. The pigeons were not as lucky as the food was in large pellets. I tried to break them up a bit but they were to hard to split. I probably should have thrown more in the water but when you are being mobbed it’s hard not to give in and throw it down quickly.

As we walked round the lake I noticed the path was muddy and it looked like it has washed over the pathway at some stage recently. In the field by the children’s playground a large pool of water stood waiting to drain away. Buds were starting to burst on the smaller scrubby trees, bright green against the black and grey twigs. I also spotted something like dandelion (coltsfoot?) yellow ragged flowers, just a cluster of three below a group of trees. Coots and moorhens were also on the lake together with mallard ducks. The sun that had been shining all day had gone behind the clouds and only peeked out as we walked back to the car. Low and bright, dazzling us as we drove away.