No, a mirrored photo, flipped on its vertical axis. The resulting image looks like a green island on a pond edged with a stone path. In actual fact this was a photo taken as we walked along the Trent and Mersey canal near Etruria, Stoke-on-Trent. Its strange how the eye sees symmetry as beautiful. Even ugly shapes can improve when you make them symmetrical. I also enjoy trying to create images that look like animals. If you follow this blog, or my Instagram page you will already know that. 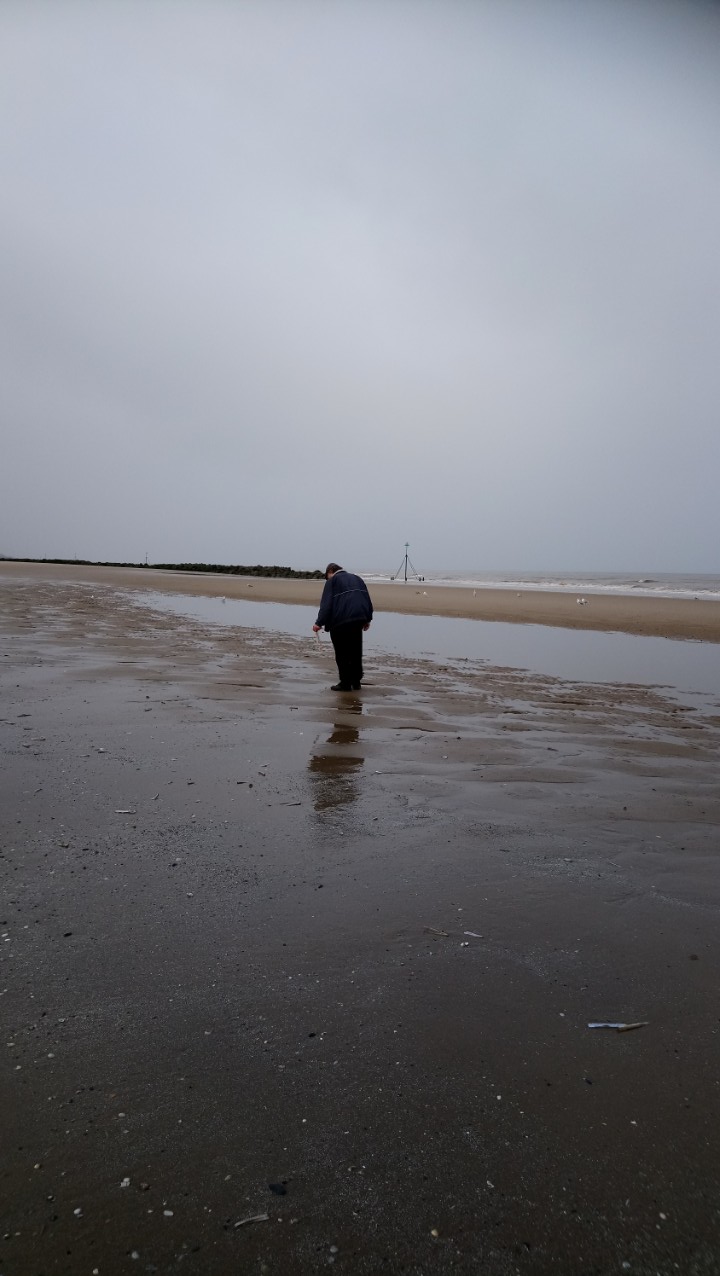 Looking for shells. Looking for seaweed on the seastrand. Everything washed clean, no sign of plastic. No sign of anything. The world had changed.

Food was the problem. Not a shellfish in sight, no fish either. It was like a desert. He tried sucking pebbles so that he could stave off his thirst. Later he would go and try and light a fire with some marram grass in the dunes. He walked up slowly off the beach, conserving his energy. There must be something somewhere.

He came over the rise and saw an old concrete building. No door, open to the wind, but shelter. He rummaged inside the cupboards, green with algae. Rotting. But amazingly he found old tin cans. Now if he could find something to open them with, light a fire.

Alone on the island he looked out to sea. Maybe one day a ship would pass? He could only hope.