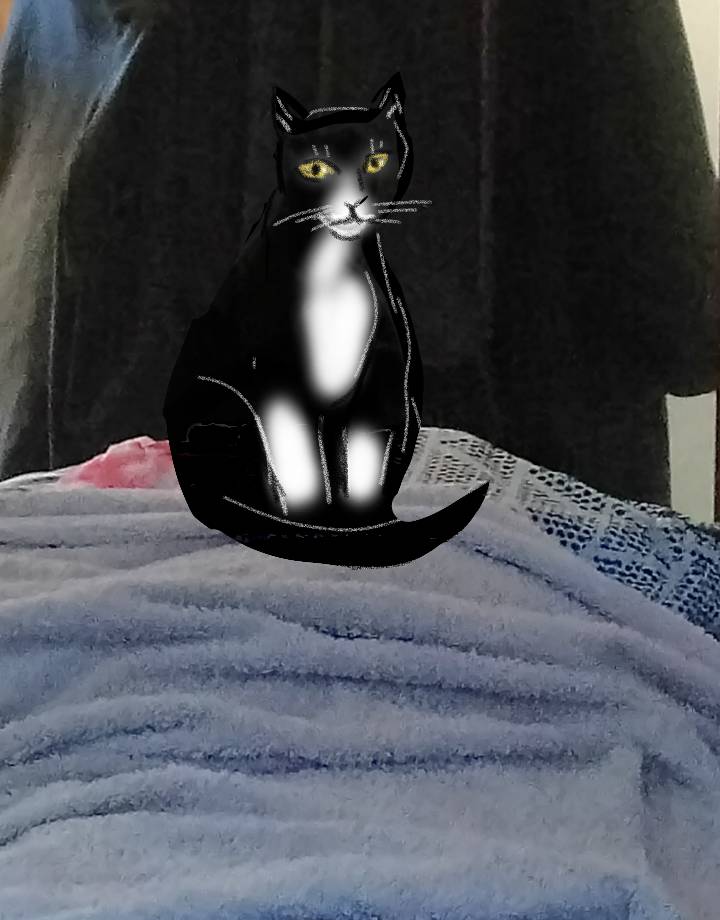 My cats play and chase each other every few hours. It starts with the female cat lying down in front of the male cat, he starts to groom her and they start squabbling, she fends him off as he tries to nip her. They then start chasing each other, sneaking up and Pouncing at each other, racing round the room and up the stairs.

Lately it been a game of “I’m the king of the castle, get down you dirty rascal…” a game that children used to play where you would stand on top of a pile of dirt or maybe rocks and your friends would try and push you off and capture the high ground.

I’ve got a pile of clothes and laundry waiting to go upstairs, but the male cat has taken to sleeping on it. His sister objects and jumps up. A few times she has chased him away, only for him to come back and recapture it! I was going to take a photo of him, but he jumped down so I’ve drawn a cat on it. It does remind me of the game we used to play.