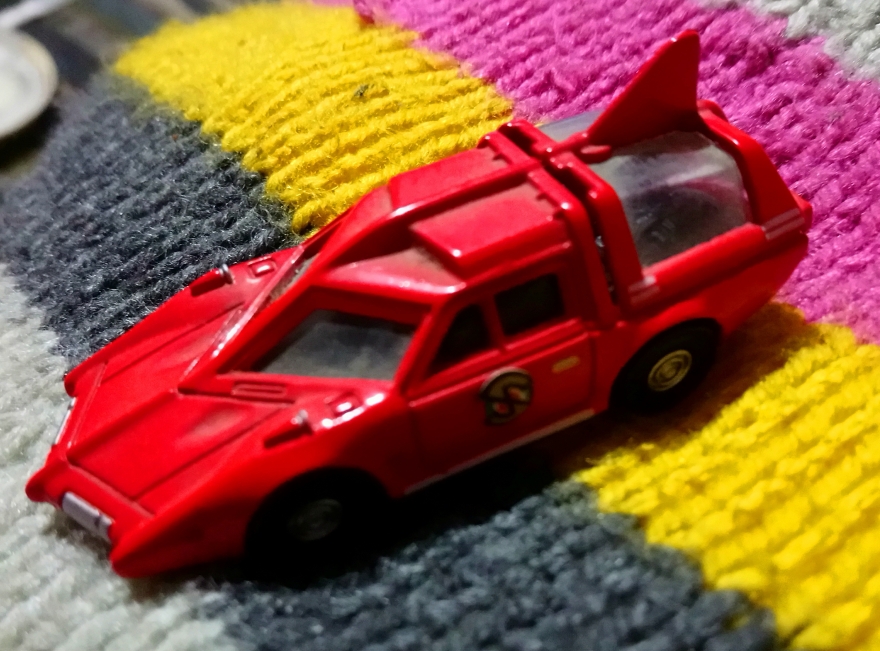 Does anyone remember Spectrum? The agency that fought against the Mysterons who came from Mars and attacked the Earth? Captain Scarlet had been taken over by the Mysterons but he escaped. He ended up with the power not to be killed…

Captain Scarlet was a puppet show in the 1960’s and 70’s produced by Gerry Anderson (who also did Thunderbirds, Fireball XL5, Four Feather Falls, Stingray and  also Joe 90, UFO and I think Space 1999.

I have this little Spectrum patrol car that was clearly merchandise from the show. I also have an Eagle space vehicle from Space 1999.

I can remember before decimalisation in the UK when money came in LSD, (pounds, shillings and pence) if you bought an icecream cone it might be 6d, which meant you paid a sixpenny piece or two thrupences 3d.

This picture is after decimalisation. Because the prices, like 6p have the new letter. I remember sixpence old money  was 2 1/2 pence in new money (we actually had coins marked as ‘new pence’).

Oh how times change! Dracula and Dalek ice lollies! I think they still sell funny faces though. As they say ‘I scream you scream, we all scream for ice-cream!’