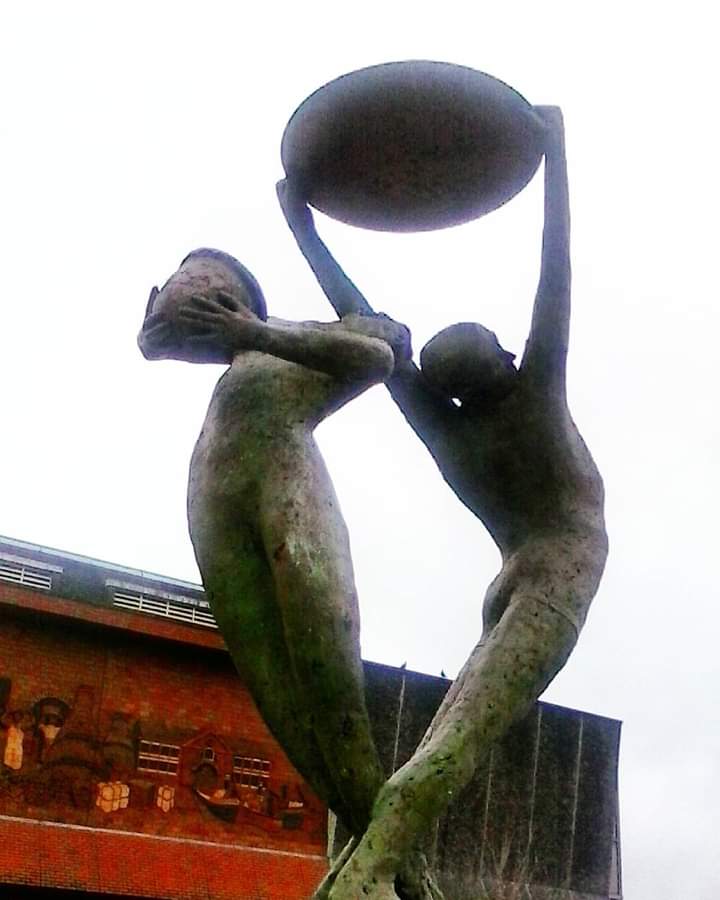 Standing under the sculpture of two people holding up pottery was not her idea of fun. But they had agreed to meet there. She didnt think he would turn up. They had met on line, but never spoken. Would he turn up with a rose in his lapel, or a funny hat? Was he tall or short, fat or thin? He wouldn’t send a photo, didn’t like selfies, and would only communicate by email or text. He’d told her he was shy! Shy? In this day and age, where everyone did so much to talk and share, and talk about themselves.

Ten minutes later, she was still alone, he was late, no one had come near her. People were popping in and out of the museum. Couples, singles, adults and children….

A man approached, middle height, middle aged, dark hair, glasses, reddish beard. ‘ Do you know where the bus station is?’ he asked.

I’ll give it five more minutes she thought. It had started to drizzle, and the wind was washing over her, freezing her eyes, her ears, her hands.

No one came, the sun was setting, a young woman with a baby in a buggy walked past, and held out her hand to a young man walking along the pavement. The street lights started to twinkle and she decided she had had enough of this torture. She stood up and started to walk away. Someone rushed up behind her and tapped her shoulder. ‘Hi, I’m Mike’ he said…..